Posted on September 1, 2011 by FunkRoberts 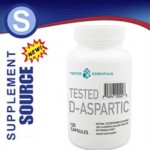 If you have been interested in a good, safe and natural Testosterone Supplement that increases your levels by up tp 50% then watch my review of Tested D-Aspartic Acid

TRT has been a huge topic in MMA and below is a great article by Dr. Johnny Benjamin posted on Jun 29, 2011 on the Medical Beat website.  Read the article and educate yourself on TRT in MMA

I just wanna add my 2 cents before you go any further. This product works and should be cycled 12 days on 12 days off don’t be tempted to go beyond 12 days without a break.

Recent research has shown the D-aspartic acid serves as a specialized neurotransmitter in parts of the nervous system involved in hormone production. It has been shown to stimulate the release of (LH) Luteinizing Hormone and (GH) Growth Hormone from the pituitary gland. Furthermore, it has also been demonstrated to have a direct stimulating effect in the testes upon testosterone production.

In Males LH acts on the interstitial cells (also known as Leydig cells) of the testes stimulating them to synthesize and secrete the male sex hormone, testosterone.

Growth hormone (GH) is a protein-based peptide hormone. It stimulates growth, cell reproduction and regeneration in humans and other animals. Growth hormone is a 191-amino acid, single-chain polypeptide that is synthesized, stored, and secreted by the somatotroph cells within the lateral wings of the anterior pituitary gland.

D-aspartic acid is an amino acid present in neuroendocrine tissues of invertebrates and vertebrates, including rats and humans. Here we investigated the effect of this amino acid on the release of LH and testosterone in the serum of humans and rats. Furthermore, we investigated the role of D-aspartate in the synthesis of LH and testosterone in the pituitary and testes of rats, and the molecular mechanisms by which this amino acid triggers its action.

For humans: A group of 23 men were given a daily dose of D-aspartate for 12 days, whereas another group of 20 men were given a placebo. For rats: A group of 10 rats drank a solution of either 20 mM D-aspartate or a placebo for 12 days. Then LH and testosterone accumulation was determined in the serum and D-aspartate accumulation in tissues. The effects of D-aspartate on the synthesis of LH and testosterone were gauged on isolated rat pituitary and Leydig cells. Tissues were incubated with D-aspartate, and then the concentration (synthesis) of LH and cGMP in the pituitary and of testosterone and cAMP in the Leydig cells was determined.

In humans and rats, sodium D-aspartate induces an enhancement of LH and testosterone release. In the rat pituitary, sodium D-aspartate increases the release and synthesis of LH through the involvement of cGMP as a second messenger, whereas in rat testis Leydig cells, it increases the synthesis and release of testosterone and cAMP is implicated as second messenger. In the pituitary and in testes D-Asp is synthesized by a D-aspartate racemase which convert L-Asp into D-Asp. The pituitary and testes possesses a high capacity to trapping circulating D-Asp from hexogen or endogen sources.

D-aspartic acid is a physiological amino acid occurring principally in the pituitary gland and testes and has a role in the regulation of the release and synthesis of LH and testosterone in humans and rats. 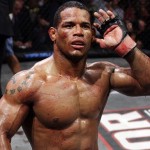 Medical Beat: In MMA, Testosterone-Replacement Therapy Is Too Ripe For Abuse

The specter of performance-enhancing drugs is very high in elite-level sports. The desire to win and be rewarded – especially financially – has further fueled the “win at all costs” and “if you’re not cheating you’re not trying hard enough” mentalities.

The legitimate use of TRT, as it pertains to elite-level athletes, is a relatively new phenomenon – and potentially a very slippery slope and ripe for abuse.

The normal range of testosterone is quite broad (250 to 800 ng/deciliter), and it varies by time of day and age of the subject. Testosterone levels normally decline with age. Diagnosis is not simply related to results of the blood test. Multiple vague subjective symptoms (as told to the doctor by the patient but cannot be objectively proven) are also taken into account when making the diagnosis.

Many men in their mid-40s and early-50s, rightly or wrongly, are diagnosed and treated for low testosterone (low T) because they want that old “fire” back. Big pharma has spent a fortune on marketing to convince this demographic of men that they are suffering from “male menopause” and can live a much happier and more vigorous lifestyle by purchasing and taking their drugs. Rrrr!

This normal age-related decline has nothing to do with young, amazingly fit, male elite athletes – other than creating the mindset that everything is a disease that must be treated with a drug.

The world and U.S. anti-doping (WADA and USADA) guidelines are very clear and strict when it comes to proper diagnosis, qualification of physicians (endocrinologists), testing intervals, and approved drugs and treatment regimens for the safe and acceptable administration of TRT in elite athletes.

Why is the process so strict? Because high-dose testosterone administration producing levels significantly higher than the normal range may potentially provide performance enhancement. Furthermore, if the athlete gets caught, he simply says, “Not my fault. My doctor made a mistake.”

It is not unheard of or particularly uncommon for an athlete with a somewhat low or borderline testosterone level to seek out and befriend an endocrinologist (or local doctor because they are far more abundant and often easier to influence), recite a litany of symptoms that cannot be disproved, and thus be deemed appropriate for TRT.

For these reasons (and many others that I will not bore you with), I believe that TRT should not be allowed in elite-level competition. It is too easy to cheat and very difficult and time consuming to monitor the proper treatment process.

The bottom line is that TRT was developed and intended for the medically necessary treatment of a small subset of young boys who need this hormone to develop normally and have a shot at a more normal life – and not, amazingly, healthy young men who want a shot at the title.

Like it or not, everyone is not fit to be an elite-level athlete – despite big pharma marketing to us otherwise and attempting to sell us better living through chemistry.

Did I just say that? What am I doing? No more free golf trips for me!

One Response to Testosterone-replacement therapy (TRT) and Natural Testosterone Supplement