Why You Should be Using Plyos in You Training 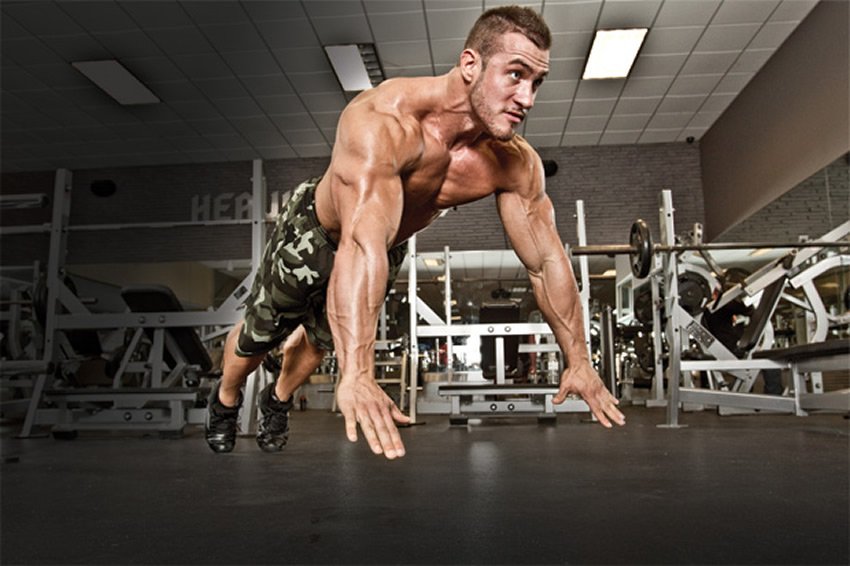 If you want to take your MMA performance up a notch, plyometric should be something that you are seriously considering. Few types of workouts are going to give you the benefits that a good plyometric circuit does, which is why I’ve put together this routine for you.

What are plyometric and how will they benefit you?

Let’s go over a few things you should know – and then give you a workout that will push you to your limits.

Plyometrics are basically a quick, powerful movement involving pre-stretching the muscle & activating the stretch- shortening cycle to produce stronger concentric contraction It would be during one bitterly cold, snowy Russian winter that Yuri Verkhoshansky, a young coach at the Moscow Aeronautical Institute, would put together a training program for his jumpers to use during the winter months.

He developed a means of enhancing speed strength and called it the Shock Method. This method of training would be crucial to the success of many Russian jumpers and sprinters of the time, and would lead the western world, and in particular the U.S, to attempt to discover the methods of training being used, and in the end develop what we know as plyometrics today.

It was Fred Wilt, a US track coach in the 70’s, that is known to be the first to use the term plyometrics to describe the jump training that some U.S coaches were implementing with their athletes. After the Americans saw a Soviet athlete step off a box, jump in the air, the rest as they say is history.

As MMA and other combat sports start to involved more and more athletes are implementing explosive plyometrics into training. I don’t want to get too scientific here.

You can find a ton of information on the science of plyometrics on the web. My goal is to give you the basics of what plyometrics Plyometrics is the science examining the explosive movement generated by muscle power, with particular application to sport training and performance. As power is the product of speed plus strength, the ability of an athlete to generate force in a short period of time is at the root of developing greater explosive effect.

Plyometrics training is designed to develop rapid alterations of eccentric and concentric contractions, while constant resistance is applied to the target muscle or muscle group. When you improve your vertical jump, you are also improving your explosiveness, speed and agility.

This means you’ll be able to jump higher, get off the floor more quickly, kick and punch with power and speed, move in and out fast and explode for takedowns, throwing flying knees and defend much more efficiently.

Using plyometrics training also develops your fast twitch muscles fibers, particularly IIB, as they produce greater peak power and more force at higher velocities. For most combat sports like MMA, muay thai, wrestling, taekwondo, grappling and others it is advantage to develop high percentage of fast twitch muscles fibres in your body.

Before performing plyometrics for martial arts you should be thoroughly warmed up. Not only will it help to prevent injury but it can also increase the effectiveness of the drills. It does this by increasing the sensitivity of the muscle spindle, which contains the fibres (called intrafusal fibres) that register the amount of stretch within a muscle.

There is not just one answer to this question. First, this type of movement helps you gain serious explosive power. As a fighter, this is key. Whether you are doing a take-down, a punch, or a kick, you’ll want a good degree of explosiveness behind you as this is what delivers the high level of force that you’re going for – and that your opponent won’t be able to stand up against.

Plyometrics are also great for boosting your cardiovascular fitness level. As you’ll soon see, by the time you finish up this circuit, you’ll be breathing heavy, which is a great indication your endurance is going up.

A fighter with low endurance is a fighter who’s easy to knock down. Finally, plyometrics also provide the perfect medium to increase your training status quickly. All you need is your own body weight and 10-20 minutes and you’ll easily have completed the entire workout session. Let’s get to your workout.

To complete this workout session, you’ll want to perform 30 seconds of work followed by 30 seconds of rest. During this 30 second work period, you want to push hard. Aim to be as explosive as possible.

There are five exercises in this circuit, so you’ll do all five, following this protocol, and then repeating a second time through. That makes for a 10 minute circuit. It’ll be over and done with before you know it.

Note that when doing a single leg exercise, you’ll skip the 30 seconds of rest and instead, perform the exercise on the opposing leg.

Here are the exercises.

Stand in an upright position and lift one leg up off the ground, bending the knee to ninety degrees. Now hop from side to side, jumping as far away from the starting position as possible.

Repeat this same exercise, this time to the other side.

Stand with one leg in front of the other a couple feet, body weight centered between the two legs. Arms should be up as if you were in fighting stance.

Bend the forward leg and lower down into a lunge. Once in the fully lowered position, rebound up off the ground, jumping up as high as possible. Land and move back down straight into the lunge before jumping up once again.

Continue until all reps are completed.

Repeat this same action, this time to the other side.

From an upright standing position, rebound to the side and upon landing, bend the knees, squatting down and placing the hands on the floor in front of you. Kick the legs back and lower down into a push-up position.

Drive the feet forward under the body, rebound back up straightening the legs and then jump to the other side. Lower down again moving into a push-up position and next time, rebound to the other side. Continue going back and forth until all reps are completed.

By the time this circuit is done, you’ll be feeling the effects of this workout. Try this a few times a week and you’ll be seeing results in no time.