GET YOUR TACFIT PROGRAM

I want to introduce you guys to Scott Sonnon who I will be a Featured Trainer on FunkMMA.  Scott has trained many UFC and MMA fighters and is known for his TACFIT program, which I advise you get your hands on.

The workouts and the way your body will move and change will astound you.  He is well respected amongst all fighters, trainers and coaches all over the world, so I am excited to continue to bring you the best, the world has to offer.

This month we are focusing on Scott’s TACFIT GRAPPLER WORKOUT SERIES… add these workouts to your arsenal and watch your grappler strength and movements improve.

“Flow Coach” Scott Sonnon was already an accomplished fighter with several championships under his belt when he traveled behind the tattered remains of the Iron Curtain to seek out ancient martial wisdom backed by Soviet sport science. 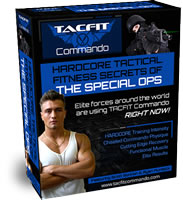 GET YOUR TACFIT PROGRAM