BJJ with Ryan Hall – 5 Videos – Back Attacks, Half Guard Attacks 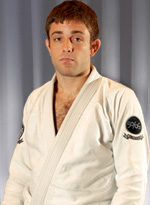 The world’s most active submission grappling competitor since the year 2006, Ryan Hall has competed with great success at the local, national, and international levels. Since beginning his competitive career in July of 2004, Ryan has cemented himself as one of the most successful up-and-coming submission grapplers in the world, defeating some of the sport’s greatest champions along the way (including UFC fighters and Black Belt World Champions, many of whom have been training decades longer than he has). Ryan is a CBJJ Mundial (world) and European champion who has also medalled at the Brazilian Nationals and twice been invited to compete at the ultra-prestigious Abu Dhabi Submission Wrestling World Championship.

Ryan Hall – Back Attacks – Principles of Back Control

This DVD series is an awakening of new ways to control, dominate and finish your opponents with attacks they will never see coming; including, his revolutionary Rolling Back Attack series that had taken his competition by storm!!

These are sample clips from the 1st DVD in Ryan Hall’s new Deep Half Guard series. Ryan explores this position in amazing detail including entries, grips, sweeps, strategies and more. The project clearly teaches that getting into the Deep Half Guard, the hand, grip and counter fighting along the way is more than half the battle